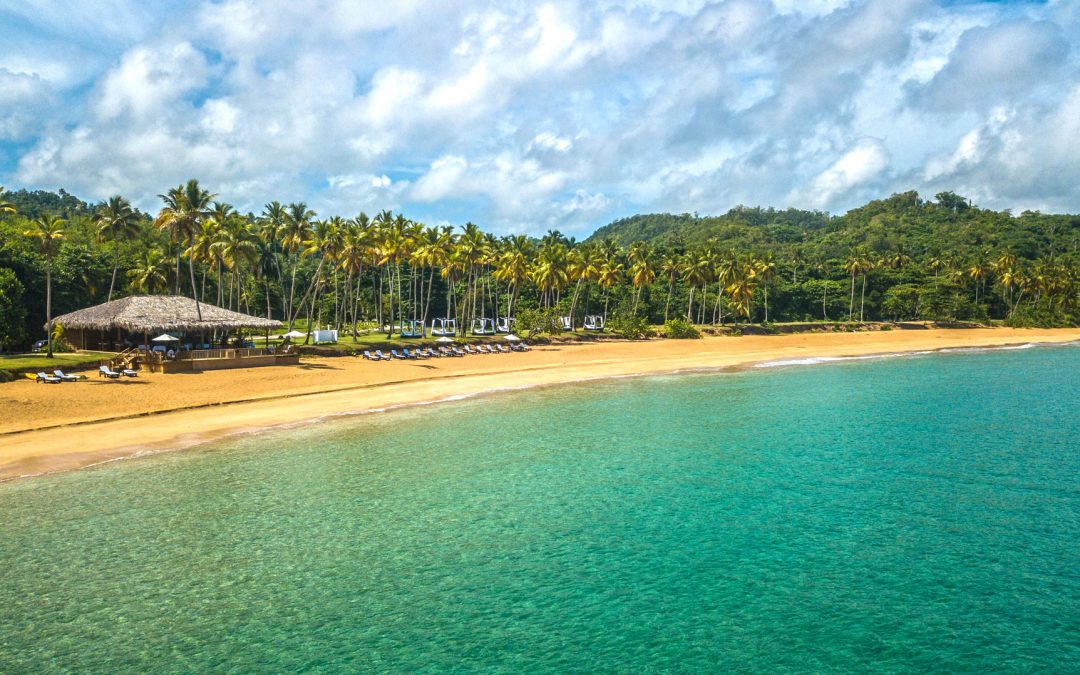 If you’re in the mood for beaches, islands, turquoise waters, humpback whales, corals, jungle, lagoons, caves, and even the highest peak in the Caribbean, the Dominican Republic is the place to go.

The attractions of this beautiful paradise have earned a unique position in international tourism. From all over the world, they travel to the merengue land to recreate, relax, and give themselves life. The country has been the scene of countless movies and millions of weddings, and even a good part of the world’s airlines have direct flights to Punta Cana, one of the most famous tourist places in the Dominican Republic.

These are some of the best places to visit in the Dominican Republic:

Las Terrenas is a growing tourist destination known for its pretty landscapes, white-sand beaches, and clear ocean water. It’s popular with foreigners and Santo Dominicans since it’s only a two-hour drive from the capital. Top beaches include Playas el Portillo and Las Ballenas. Las Terrenas also is an excellent place to go dolphin and whale watching.

Because of its tropical climate, Jarabacoa is frequently called “the city of everlasting spring.” The area is known for its mountains and scenic beauty, including the Jimenoa and Baiguate waterfalls and the Ebano Verde Scientific Reserve. If you’re an adventuresome visitor, you might try crossing the Jimenoa River on a wood and rope footbridge. More timid travelers may opt for a round of golf on a nine-hole course or visit the Cistercian monastery of Santa Maria del  Evangelio. Come February, Jarabacoa hosts one of the most famous Carnivals in the country.

You may be walking on history as you beach comb on Playa Rincon: It’s one of two places in the  Dominican Republic rumored to be THE spot where Spanish explorer Christopher Columbus first touched land in 1492. But even if it’s not, you’ll enjoy strolling on the soft sandy beach,  which, at nearly two miles long, means there’s room for everyone, though you may have to share the beach with stuff the ocean washed in. Still, Playa Rincon is considered one of the most beautiful beaches in the Caribbean. You can get there via a 20-minute boat ride from Las Galeras.

El Limon waterfall doesn’t live up to its name, The Lemon. Instead, El Limon is a spectacular waterfall that drops 50 meters (170 feet) near the Atlantic Coast side of the Dominican Republic. Getting there can be a sweaty and wet ordeal since you’ll cross several rivers on horseback (the primary way to get there), but once there, you can cool off in the spectacular swimming hole at the bottom of the falls.

Santo Domingo is the Dominican Republic’s capital and its largest city – indeed, it has the largest metropolitan area in the Caribbean. Founded in 1496 on the Ozama River, it is the oldest European settlement in the Americas. It also holds many other New World firsts: the capital of the Spanish empire, castle (Alcazar de Colon), monastery, cathedral (Cathedral Santa Maria la  Menor), and university. The best place to take in this rich history is, of course, the historic district where you’ll find majestic buildings reflecting Middle Ages architecture. You can also see the Fortaleza Ozama, the oldest fortress in the Americas.

If you’re into adventure sports, Cabarete is an excellent place to indulge yourself. It’s one of the most popular surfing spots in the Caribbean. Cabarete has a good infrastructure for tourism, with top hotels and eateries, all of which are easy to find since the village has only one main street. Cabarete has pretty beaches, but if you get tired of them, you can explore nearby caves or go kayaking, snorkeling, or scuba diving.

Samana is a pretty, historic town located on northern Samana Bay. It’s a great place to go whale watching since thousands of humpback whales head to the bay to give birth between January and March. During these months, Samana is the tourism capital of the Dominican Republic.

In a country known for its beach destinations, the resort town of Bayahibe is no exception. The former fishing village is now one of the top places to visit in the Dominican Republic. Bayahibe Beach is located less than a mile from town, but you’re more likely to stay here to catch a boat to Saona and its fabulous beaches located within a national park. Bayahibe also is the best scuba diving location in the country, with more than 20 dive sites. Don’t scuba dive? How about stand up paddle boarding or snorkeling?

In 1938, long before the Dominican Republic became a top tourist destination, its president offered a haven to 100,000 Jewish refugees. About 800 settled in Sosua and were given land where they started a dairy and cheese factory. You can eat products from Productos Sosua today.  Sosua is a popular destination for diving enthusiasts who like the calm waters, reef structures, and many fish varieties they’ll see. Sosua is a place where nature is still making beaches, some naturally and others by storms. By day, Sosua is a typical beach resort; by night, it’s a haven for party animals.

Punta Cana is one of the most popular beach destinations in the Dominican Republic. However, it stands apart from other beach resorts in the country because it has beaches that face both the  Atlantic Ocean and the Caribbean Sea. Punta Cana has 100 km (60 miles) of coastline with mainly shallow waters, but the beaches can be windy sometimes. Punta Cana is a party town where you can swim with dolphins or sharks, race a speed boat, go deep-sea fishing, catamaran sailing, whale watching, or zip-lining. Plan to be very busy during your visit.