10 FUN FACTS ABOUT THE DOMINICAN REPUBLIC 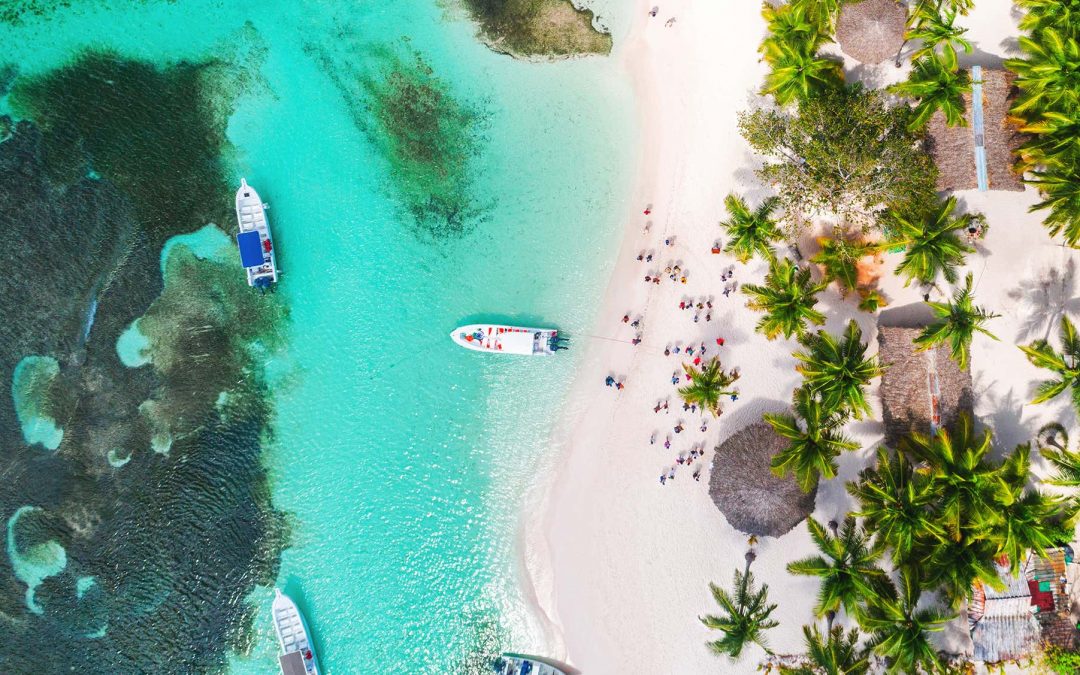 1. Did you know that the island of Hispaniola was the first permanent European settlement in the Americas? In 1492, Christopher Columbus landed on the island during his first voyage across the Atlantic in search of a new route to India for the trade of spices. Aboard his flagship, the Santa Maria, Columbus reached the north coast of the island.

3. The Dominican flag has three colors: red, white, and blue. Along with the national anthem and the coat of arms, the flag is one of the Dominican Republic’s national symbols. Each of the colors of the flag has a meaning. The white of the cross in the center represents salvation, the red rectangles represent the blood of the heroes who fought for independence, and the blue rectangles stand for liberty.

4. Unique, precious stones. The Dominican Republic has two unique endemic stones that can’t be found anywhere else in the world: Dominican Amber and Larimar. The first one was created millions of years ago due to the warm climate in the DR and the extinct prehistoric leguminous tree, Hymenaea Protera. It is considered the finest amber available worldwide because of the high concentration of fossils included and it’s clear composition. The second one, Larimar, it’s a rare blue variety of the silicate mineral pectolite, with a color that changes from light blue, to green-blue to deep blue.

6. The country is the most visited in the Caribbean. More than 6 million tourists visited the Dominican Republic in 2019, making it the most popular tourist destination in the Caribbean and putting it in the top 5 overall in the Americas. It is especially loved for its year-round golfing courses, great weather, beautiful beaches, and friendly locals.

7. Lago Enriquillo, located near the border with Haiti, is the lowest point in the Caribbean. At 135 feet below sea level. It is also unique because it is a saltwater lake and one of the most important wildlife preserves for American crocodiles.

8. The Dominican Republic is a Humpback Whale Sanctuary. The DR is home to two Humpback Whale breeding grounds, out of only a handful in the whole world. These whales are a national treasure and are warmly welcomed back to their protected waters every season (January to March). During this time, you’ll be able to spot them frolicking in our backyard, or you can go on a boat tour and get even closer to the action.

9. The Dominican Republic is a very self-sustainable nation. It produces nearly all kinds of food served at breakfast, lunch, and dinner across the country.

10. The Dominican Republic has the largest economy in the Caribbean. largely in part of its tourism and agricultural industries.